The Power of Renewal 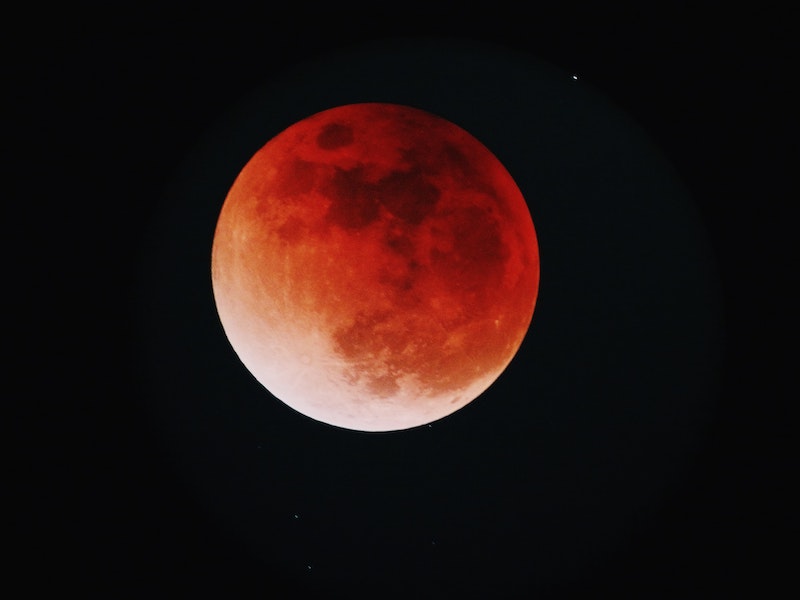 As I write this, the planet Mercury turned retrograde on 18th June and will retrace degrees of the sign of Cancer until 12th July. That zodiac sign is present in our birthcharts, regardless of our birth sign, and is being highlighted now. We enter the sign of Cancer at the summer solstice (winter solstice in the southern hemisphere) on 20th June at 22.44 BST.

On the morning of 21st we experience a new moon in Cancer – a solar eclipse one at 4.43 am. Just to make the clustering busier there is Mercury having its say whilst going ‘backwards,’ and giving confusing messages about communication and decisions. All in all, a hectic few days in the heavens. Cancer wants new birth and beginnings, an eclipse wants things to leave and be revealed, and our emotions and thinking patterns are rather overloaded.  From the feedback I am receiving, many of us are feeling a bit low and more sluggish than usual this past week.  Dreams can link with the past and be significant.

THE GRACEFUL ACT OF RELEASING
Eclipses (the word means ‘to leave’) zap the earth’s energy field and thus, as our bodies are part of nature, also our physical self.  We are now in a dark moon phase – the three days preceding a new moon every month. This time it is especially important because it is an eclipsed new moon, and we would be wise to gracefully release elements of the past, retreat a little and allow space for the new.

SELF CARE
Cancer is the sign of the carers within us, the nurturers, emotional survivors and nest builders. It belongs to the water element and is ruled by the Moon. Expect frequent waves of feeling, even nostalgia, these next few weeks.

Over this coming weekend, they are particularly strong and it may be hard to be fully focused. Hence the impulse to retreat, have more rest and allow oneself to simplify matters.  Also, excess tiredness, even dizziness and digestive problems can emerge. Mother yourself at this time.  Remember, our moods are like the changeable weather patterns and they do pass!

ECLIPSES AND SELF CARE

This solar eclipse, called the ring of fire, will be fully visible over parts of Africa (Ethiopia) China, northern India and Pakistan. Expect its effect to be strongest there.   It is also a north node eclipse, prompting us to learn to adjust better to life, and be ready to push ahead with new beginnings.

Try not to let other people’s needs eclipse your own!  Caretakers are prone to letting this happen and it is important at this time that we know that other people are indeed not less important than ourselves, but not more. We help others more by balancing that awareness.

But birth cannot be rushed, and we would be wise to pause at times, reflect and be conscious of how we breathe with life and our thoughts.

The eclipse comes in the middle of a lunar one on either side of it; 5th June and 5th July.  Now is the time to bring things back to self and take more self- responsibility. The full moon one in early June at odds with Mars by angle, saw much inflammatory reaction in the world.  A reset button is at work now both with our values and our mindsets.  Purely at a personal level we need to recognise a certain exhaustion and restore our energy.

With Mercury going retrograde, overlapping with Venus going direct on 25th June, don’t be surprised if the return of people and situations in your life. These need reflecting on and maybe enjoying!

A RETURN TO LOVE

Venus has been retrograde since 13th May and in the 40 days where she disappears into the underworld and reappears as a morning star, a re-valuing of ourselves, a healing of old emotional wounds and a recognition of the anger in us has been and still is at work. This is a magical time for sensing more synchronicities in life, serendipitous meetings and a feeling of familiarity with some new contacts.

On the 25th June Venus goes direct in motion after those 40 days in the mythical underworld; over eight years she has 5 retrogrades cycles creating a pentacle shape and rose shape in that time. Our ancestors without sophisticated telescopes and computers referred to Venus as a rose, and the number five (pentacle.)

Five is the number of change, and the rose has always been associated with love and beauty. How far have we come in these 40 days to a bigger understanding of love, its shadows and angry side, and a return to love in new ways?

As there are six planets retrograde by the end of June the message is loud and clear about the prefix ‘RE’.  No rushing forward impulsively. Rejuvenate, reset, redo, re-edit, revisit, re…lax!

RE-FRAMING OUR THOUGHTS
There are a lot of returns, rewinding and redirection. Especially after Mercury goes direct after 12th July, things which have not been clearly understood and things which have been hidden can get revealed, so be careful with commitments and decisions till then.   Re-check details, communications and backup data. In the sign of Cancer which rules home and belongings, do some repairs, and check things like home insurance, guarantees and general maintenance.

Tradition and ancestry and family members are areas of care and interest now. Feel the thread of belonging, both biologically and spiritually! Retracing our steps through time and by reframing our lives we help ourselves return to authenticity. By authoring our life scripts in better ways we revalue our true identity.

THE RE-TURNING OF THE YEAR 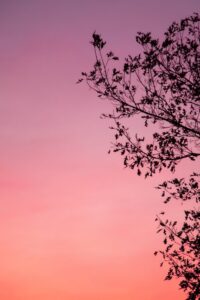 The solstice time – solstice means ‘sun standing still’ and ‘solstitum’ in the Latin, has always been celebrated by cultures.  In Celtic times a Sun Wheel was set on fire at sunset and rolled downhill. The ashes were used to protect homes and animals from evil spirits.  People jumped over bonfires as well.

The equinoxes and solstices at the start of each season are turning points in the year, and this solstice in the northern hemisphere is the ascension of the light- the sun has its longest path that day and reaches its highest point in the sky. It is all about the light, so what better time now for acknowledging the light in each one of us and allow the eclipse on the 21st to clear out our shadows and provoke timely external changes.

Many unlived parts of us have come on stage to be used during this lockdown period; have you found they are timely and allowed you to be more ‘whole’ and grow more? We cannot stay stuck in ruts, due to fear of being more than ‘think’ we are, or encased in habits.  At this time by allowing ourselves to bring new roles and interests and changing paths onboard our emotional and mental wellbeing will be healthier.

Yes, we feel vulnerable, not a state adults feel comfortable with, but transition times are always vulnerable and we do grow!  Don’t harden or close off!  Ideally, we choose change, but when we do not, external crisis, personal or large, prompt it.

This summer is ideal for being brave and harnessing our creative spirit to reinvent our lives where needed. Choosing to play our part in stopping the incessant blame culture at work and refreshing our sense of wonder in life is part of the picture now.

By the time we have the third of the trio eclipses on 5th July, this time in Capricorn at the full moon, we can look back – especially after Mercury goes direct on 12th – at what we have shed, how we have lightened our load and what new pathways are showing up ahead.

With all the fear and loss and anxiety around, we are indeed clearing paths to greater self-understanding and new values. Fear is a great suppressant of our immune system. It is not a good adviser and can control us in unhealthy ways.

Love or fear?  An interesting choice at this pivotal time. Choose wisely!

I am wishing you love and healthy days ahead. 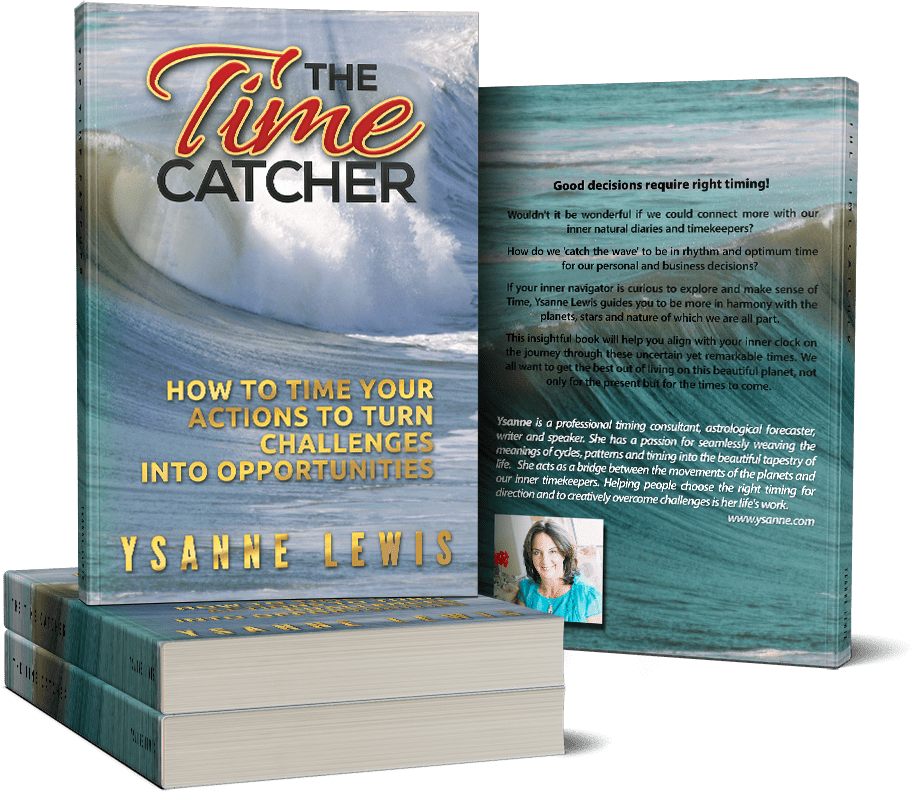